A downloadable demo with VR for PC!!! for Windows

Please join patreon.com/swordofmoonlight to spread interest in this project.

This game app demonstrates my ongoing project to use Sword of Moonlight: KING'S FIELD Making Tool to preserve the classic PlayStation game King's Field II (https://en.wikipedia.org/wiki/King's_Field_II) that are both properties of From Software (www.fromsoftware.jp)—i.e., this project includes unauthorized use of copyrighted materials, including a music file from the game's soundtrack—so I don't know if this fits into the itch.io guidelines; however the former software is RPG Making software, specifically for making retail King's Field games, that comes with a new edition of King's Field, that is the forerunner to King's Field II.

2022: I published this page in 2020 to hit the 25th anniversary of King's Field II, and I'll be doing good if I complete it by Sword of Moonlight's 25th. So far it's 2 years hence and a PC VR demonstration, and a second zone that's partially complete to explore have been added to the mix. The rest of the game will be added in the same way, little by little.

I'm streamlining this page to just an introduction and essentials. I'm going to try to provide all of the information you need to play it right here, even though perhaps if I had game manuals (I don't) it would be better to link them in.

The Sword of Moonlight and King's Field (STORY)

Sword of Moonlight originally appeared for Windows 95 either in late 1999 or early 2000. It was boutique software, not sold like everyday games. I think most of the copies ended up in a warehouse on From Software's lot that's still there, although during COVID lock-down its order form was taken offline. On my website there's a version of it that I've improved far beyond the original edition. There are links in one of the devlogs here if you're interested, and in my profile.

This project's subject matter is a PlayStation game, so it doesn't quite live up to all that Sword of Moonlight is capable of. The first King's Field in 1994 was the first full 3D, first-person game. Its sequel came out in 1995, still a year before better known games like Quake and Thief. It was a nonstop adventure from beginning to end without any loading screens. Finally, there was a third in 1996. The middle sibling is the focus of this project. It's amazing these games could come out in the stretch of three years, but you can see they were rushed, their staff would put any speed-runners to shame. I want to really give this one the attention it surely deserves.

You need to follow these instructions carefully with VR sets. VR mode is seated with a game controller, no hand controls.

First let's talk about movement. I thought these controls could be discovered by the process of natural play, but after 2 years it's become clear that players never notice that these subtle controls exist, so I'm going to teach them to you. Movement uses the Action button in combination with the analog control sticks.

Next is the other 3 buttons, that comprise the game controls. These with the Action button are all bound to the shoulder buttons (not face buttons) on the controller. This means you can press every button at once at all times. If your controller has "triggers" like most modern ones do, I recommend mapping those to the Action and Menu buttons, because how far you press them doesn't matter, and they work better like this. (It's actually very difficult to make them work intuitively like regular buttons, and it introduces considerable lag in inputs. I may try to lock DualSense triggers down soon.)

Finally are accessory buttons. There's a lot of these and I don't know which ones to speak to. Some may be somewhat essential to know about. Another topic is menu controls, but I think they're pretty straightforward. Some keys like Pause are so self explanatory I'm not including them here.

One last thing to be aware of, is the 2 hand buttons (Right and Left) are Ctrl and Shift on the keyboard, and they actually function as key combo modifiers with accessory keys . Only now because these buttons can be held down to do things, like raising shields, key combos must be inputted fast, before those functions takeover.

Issues can arise if the analog sticks are too sensitive or don't have a good "feel". There's many settings in the app's two INI files. The Ex.ini file is read-only and more advanced, focusing on "extensions" whereas the game INI file is read and written every time the app runs. The settings that are of primary interest to players are put at the top and include instructional "comments" to explain how they work. (I want to make these easier to work with with a visual editor, but one's not materialized yet.)

Finally, if you're like me and can't manage to make your character walk forward by pressing up on a stick because my thumbs just don't move like that!! you can rotate the axis of the sticks in the game (writable) INI file by finding this section that's disabled or adding it to the main section. I've been meaning to make this a thing you can set in-game.

These values are probably good for you, but the 10 part adjusts the angle (10 degrees) and the other part pairs "axes" so they can be meaningfully rotated.

Windows 10 taskbar has picked up some bugs in recent years. In short if you change your display adapter or resolution or new graphics setting in the Options menu there's a good chance your game window will either disappear or not appear in the taskbar or sound may stop playing. In this case Windows 10 is confused about its own windows and you need to help it. If you can see it you can click on it, or press Win+D to hide all windows, and then it may appear beneath them all, or if nothing else works, open Task Manager and find the game app and "expand" it and then look for "switch to". I don't know what to say that Windows 10 is unaware of its own windows. I'm sorry.

Both of the images on this page are based on found images, I can't give credit for, other than the banner is from the cover art of King's Field II, and the images in the background are screenshots taken from the original PlayStation game, both are content developed by From Software for King's Field II.

Before I enabled donations there was a section with nitty gritty setup tips on this page, but it now requires downloading to see. I've put those here instead: https://swordofmoonlight.itch.io/k/devlog/414885/install-instructions 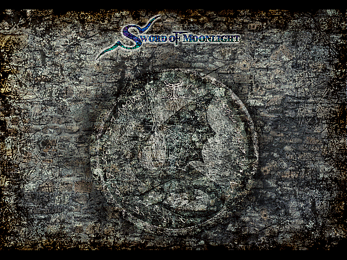 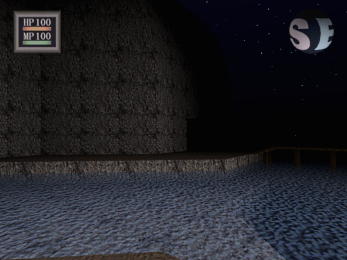 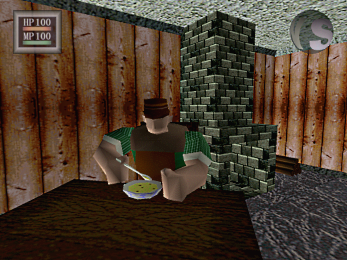